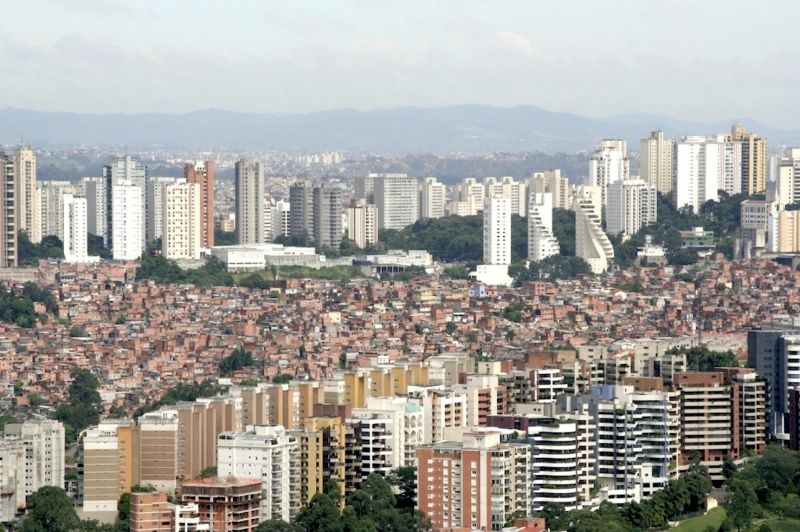 The collaboration with the Municipality of São Paulo started in 2008. It was the beginning of a four year long alliance between George Brugmans, director of the IABR, and Elisabete França, director of the Secretariá Municipal de Habitação (SEHAB), the Department of Social Housing of what is the biggest metro region in the Southern hemisphere and the economic heart of one of the world's most successful 'emerging economies', Brazil.

The first collaborative project focused on Paraisópolis, one of the largest favelas in São Paulo. Its 70.000 inhabitants are literally squeezed in by upscale apartment buildings. 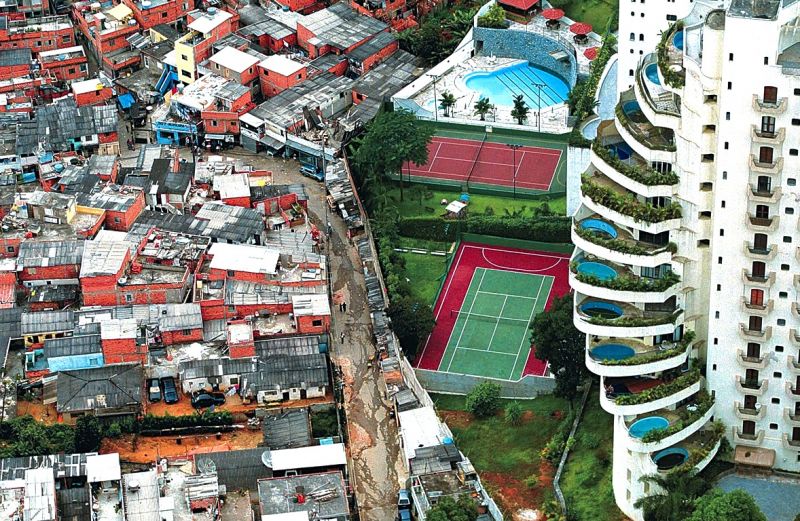 The research team, coordinated from the Netherlands and Brazil, and led by 4th IABR Curator Kees Christiaanse, Maria Teresa Diniz (SEHAB) and Rainer Hehl (ETH Zurich), worked with the inhabitants, conducted design research and developed plans during workshops in Rotterdam, São Paulo and at the Swiss Federal Institute of Technology (ETH) Zurich – plans that were publicly discussed, presented at the Rotterdam biennale, exhibited in April and May 2010 in São Paulo and then in Rio de Janeiro, Recife, London, Milan, and Berlin, and subsequently realized. The Municipality of Sãõ Paulo started with the implementation in 2010.

The living environment of over 70,000 people is actually being improved, increasing their access opportunities to the formal economy in the process. Another outcome was that SEHAB adjusted its working methods as a result of the 'research by design' approach . Maria Teresa Diniz, Paraisópolis project manager at SEHAB, put it this way: "The collaboration with the IABR proved to be much more intensive and productive than a mere exchange of ideas. We discussed the role of architects and urban designers, how their work might contribute to a better life in the city, to an Open City, a much broader perspective, in other words. In the beginning we were not at all familiar with the IABR’s working model: a test site where the work is already in progress? How can you discuss a design that is in such an advanced stage of completion? When Paraisópolis became a laboratory for the Open City, however, it proved extremely fruitful to discuss the way we work with experts from other parts of the world. Our methods were examined, and this forced us to reconsider and adjust them."

Atelier São Paulo: the challenge in Cabuçu de Cima
As the projects developed by the IABR and SEHAB under the aegis of the 4th IABR: Open City for the Paraisópolis favela progressed from drawing board to exhibition the two parties decided to prolong their collaboration. Their primary objective, in the words of Elisabete França, SEHAB’s director, was ". . . to place the emphasis on the importance of urbanization projects for the so-called informal city, whereby the latter should be seen not as an exception but as an area that should be integrated into the total urban fabric."
The IABR appointed architect Fernando de Mello Franco, along with his partners at MMBB Arquitetos, Marta Moreira and Milton Braga, as local curator. De Mello’s work focuses on the relationship between the way São Paulo’s infrastructure, primarily oriented toward industrial production, has evolved over the past century and the role this has played and continues to play in the functioning of the city for its residents.
At De Mello’s initiative, the area of Cabuçu de Cima, on the north side of São Paulo, was selected as the Test Site. The area is representative, in the sense that it combines many typical urban problems and challenges – like informal urban development, serious water management problems, threatened ecological systems such as the Serra da Cantareira, the largest rainforest within an urban area in the world, and a deficient mobility network – even as it is positioned at the intersection of significant future developments. The Rodoanel, the new ring road, and its strategic position near the Guarhulos international airport mean that Cabuçu will become, even more than at present, the primary distribution centre for the northeast side of São Paulo, the side that connects this economic powerhouse with two other important players, Rio de Janeiro and Belo Horizonte.

How can the threats, the problems, the interests of the inhabitants and the socioeconomic opportunities be translated into one integral strategy? How can existing conditions serve as a strong basis for such a strategy? These were the challenges the Atelier faced in Cabuçu de Cima.
The Atelier therefore explored, in the words of De Mello, "...ways of reconciling economic growth processes with pressure on the ecological system and the genuine desires of the population. This agenda must now be taken up by a metropolis that is in a delicate moment of transition: for São Paulo the time has come to consider new ways of making city." 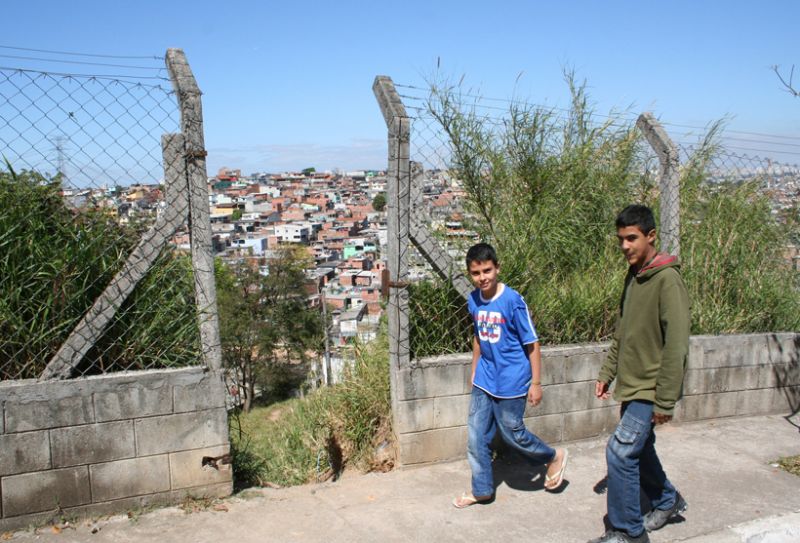 Test Site São Paulo was a collaborative project of IABR and SEHAB São Paulo, under the responsibility of George Brugmans and Elisabete França.

Financial support from the Dutch Ministry of Infrastructure and the Environment made a temporary alliance between MMBB and the Dutch design office .FABRIC possible. .FABRIC developed a spatial strategy for Cabuçu de Cima to boost the area's fragile local economy - click here to see the film The City and The Forest 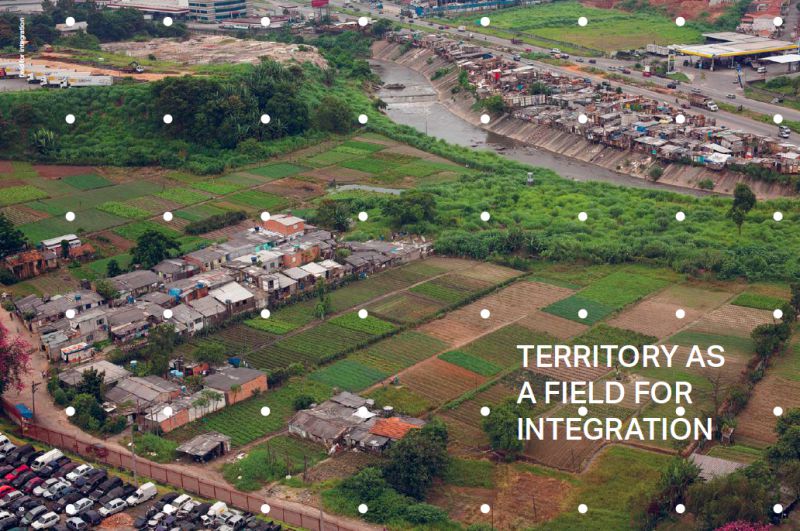 The ongoing collaboration and exchange of expertise and ideas between the IABR and the Municipality of São Paulo in Brazil proved to be productive once again when, on December 1, in Mexico City, São Paulo’s mayor, Fernando Haddad, received the 2016 Grand Prize of the Mayors Challenge established and supported by Bloomberg Philantropies: 5 million dollars for the implementation of the plans that originated in the research by design-project Connect the Dots.

Connect the Dots is an IABR–PARTNER PROJECT, that the department of Urban Development of the Municipality of São Paulo developed by invitation of IABR’s president George Brugmans and that was subsequently presented in Rotterdam in the context of IABR–2016–THE NEXT ECONOMY. 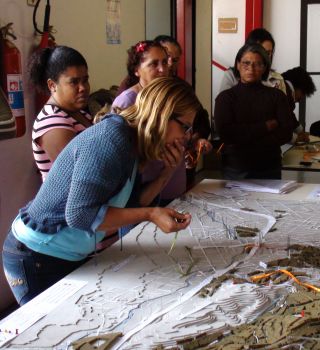 The thinking behind Connect the Dots was first advanced in the context of the IABR–Test Site São Paulo (2010-2012), the lead designer of which was the architect Fernando de Mello Franco, then a partner of MMBB, who was a member of the Curator Team of the 5th IABR: Making City.
Exploring the complex relationships between urban development, infrastructure, small manufacturing and social housing, all against the background of the need to make city for people and to further social inclusivity, the Brazilian-Dutch team started with laying the groundwork for what was to become the first phase of IABR’s next economy-program.
When, on January 1st 2013, De Mello became São Paulo’s City Councilor for Urban Development, he took some of the ideas developed on the Test Site to the next stage, eventually leading to their integration in the city’s urban development policies. Connect the Dost was one of the projects in which these ideas came to fruition.
When the Mayors Challenge Grand Prize was announced, De Mello wrote “…IABR has been, once more, a valuable tool for me, since [the invitation to participate in] IABR–2016–THE NEXT ECONOMY was the trigger for the development of the initial research of Connect the Dots”.

Want to know more about the results of the ongoing collaboration between IABR and the city of São Paulo? Read the essay Connect the Dots that De Mello wrote for the catalog of IABR–2016–THE NEXT ECONOMY.

More on the project Connect the Dots itself in the PDF that you can download at the bottom of this page.

film: The City and The Forest 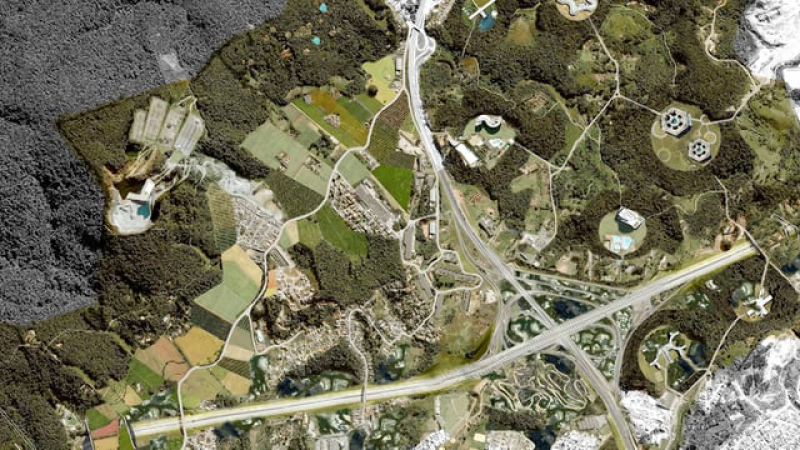 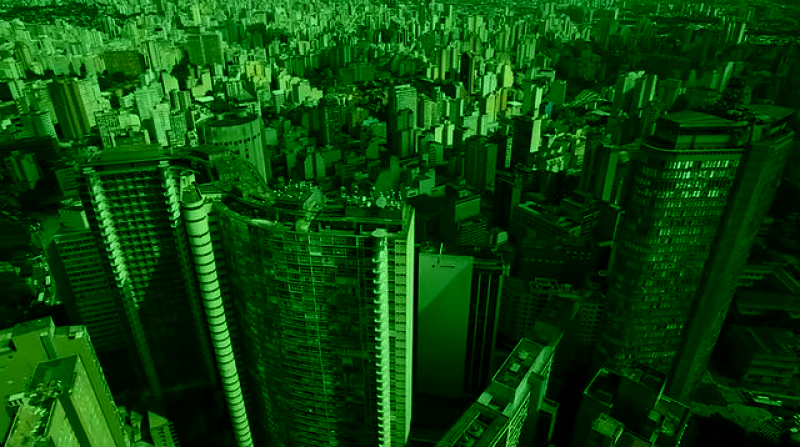 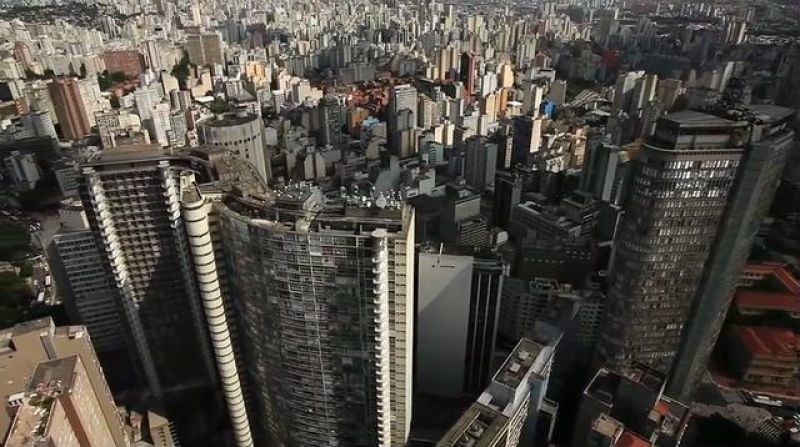