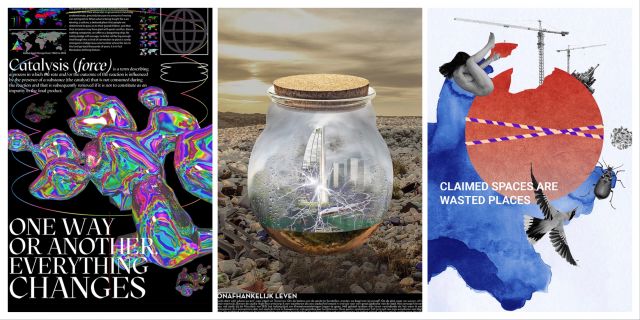 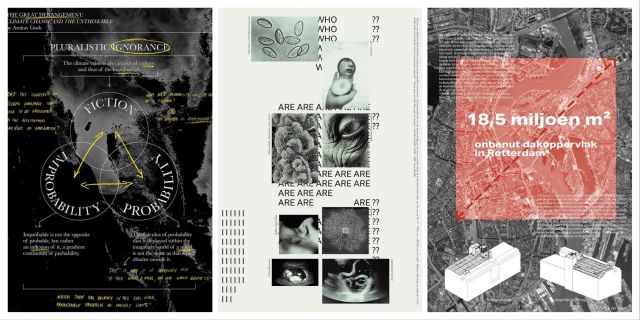 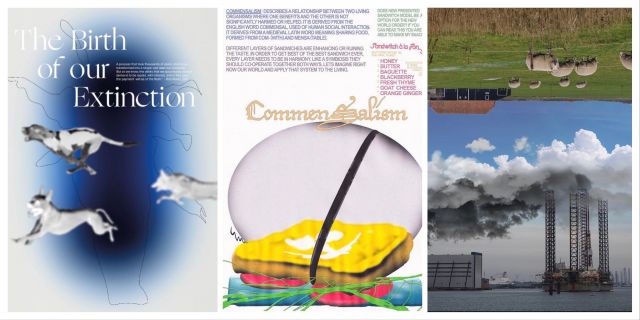 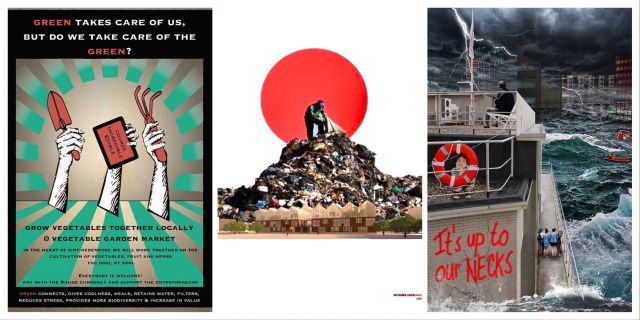 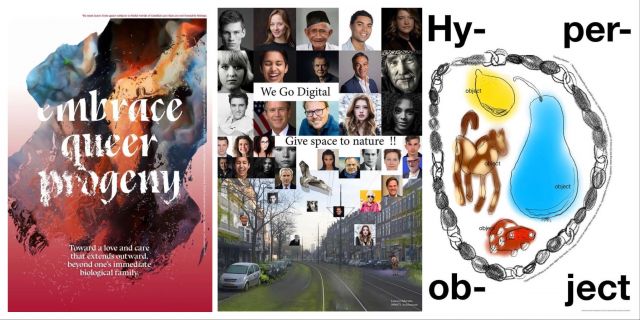 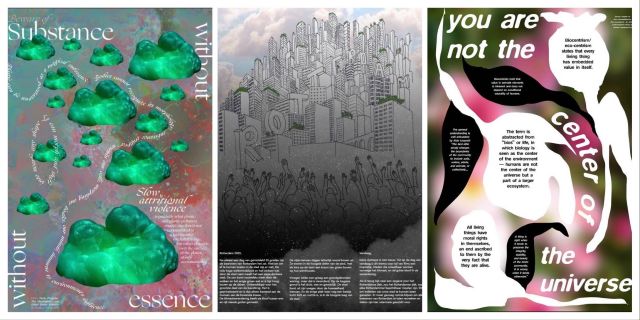 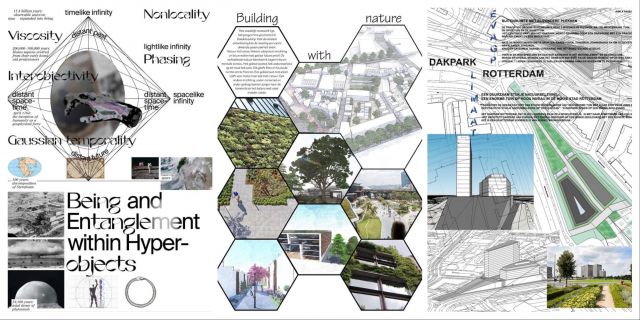 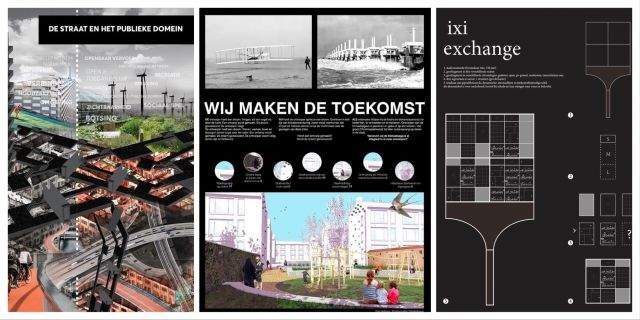 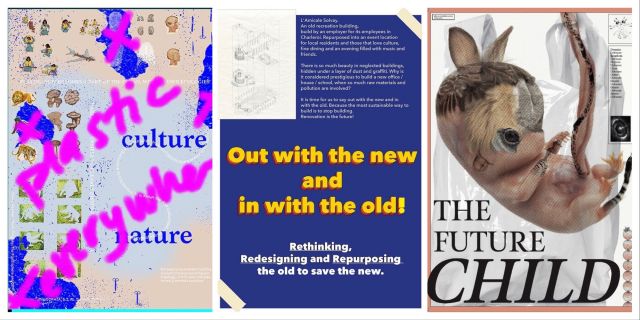 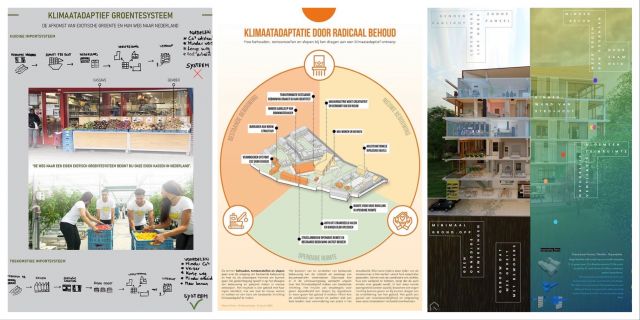 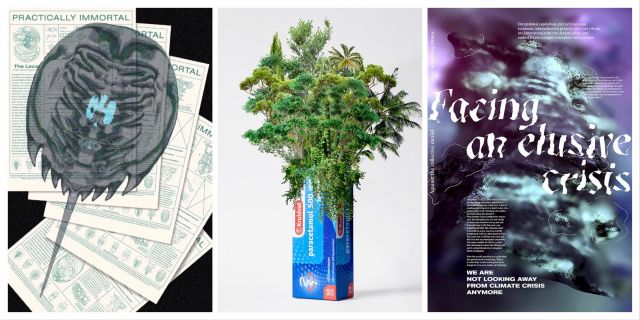 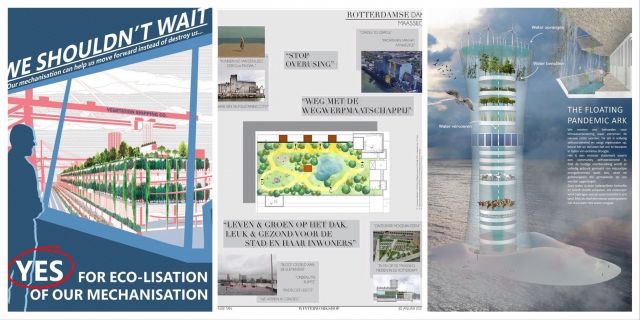 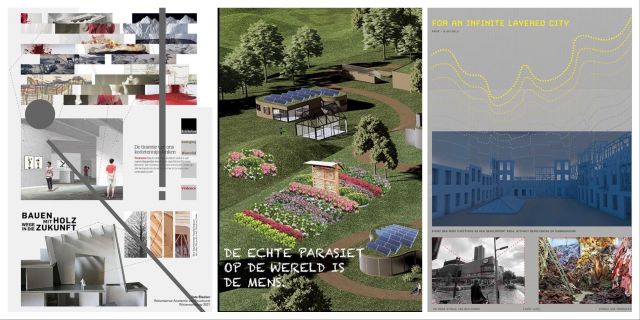 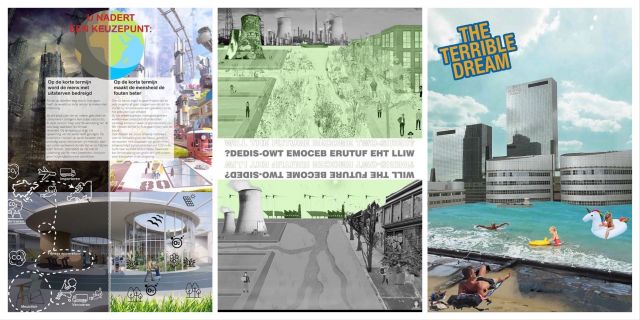 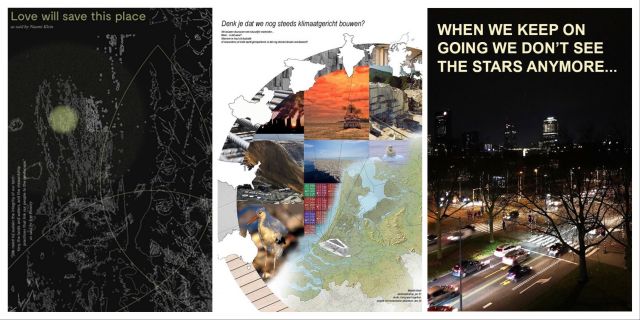 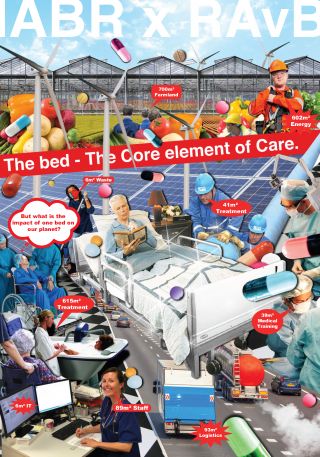 The exhibition NOW! has been set up but cannot be opened to the public due to the lockdown. However, 150 students, two academies and one IABR are hell-bent on bringing you its content.

NOW! DESIGNING IN TIMES OF CLIMATE CRISIS
IABR–DOWN TO EARTH asks: Where can we land? In response, the Rotterdam Academy of Architecture and Urban Design (RAvB) and the Graphic Design (BA) and Non Linear Narrative (MA) departments of the Royal Academy of Visual Arts (KABK), in The Hague, are devoting their educational programs to exploring how designers should relate to the climate crisis and what action they can take.
How can we organize our lives and our living environment in such a way that the future is sustainable? How do we deal with the shortcomings of "modernity as a project"? What values should we embrace and what should we say goodbye to? 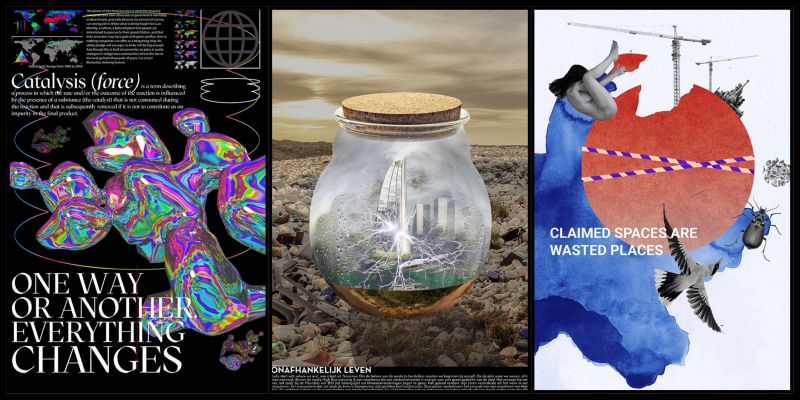 400 Posters
This exhibition centers on the more than 400 posters that, arranged in a horizontal grid, almost fill the entire space of the Keilezaal. This field of posters is mounted between four notions to which design should relate: the extremes, the other, the commons, and the departure – the four thematic lines of the exhibition. 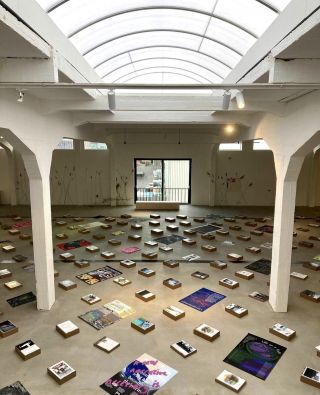 The grid also accommodates ecological elements. The posters question, each in a different way, how design, designing, and especially designers relate to the climate crisis.
The posters were made by more than 150 students, 120 from the RAvB and 30 from the KABK. The KABK students were inspired by texts by, among others, American philosopher Timothy Morton as the basis for their visual essays. The RAvB students used, among other things, Korean director Bong Joon Ho’s film Snowpiercer to reflect on their own design projects.
In addition to the posters, the exhibition includes a number of animated films and there is also a library that includes the sources that were consulted.

The Extremes
The climate crisis leads to more extreme weather conditions. What extremes in terms of water, drought, and temperature can we expect and what adaptations will current and future extremes ask of our living environment? Also, how will we relate to these extremes? Should we perhaps also allow a more manifest experience of these extremes in our living environment, to increase our awareness of the crisis?

The Other
We are all part of a single biosphere. There is no escaping this. Our actions as humans affect other organisms in the biosphere and therefore ourselves as well. A (lack of) action in Rotterdam affects the prospects for action of people and animals in other parts of the world.

The Commons
The climate crisis is the result of an extractive approach to the environment for the sake of perpetual economic growth. We are increasingly aware of the fact that we need a different value model. Such a model would need to be based on reciprocity and on solidarity with places and communities. What will urban development on the basis of the idea of the commons look like?

Saying Goodbye
We have to say goodbye, not only to certain resources and fuels, but also and especially to certain routines. Saying goodbye can hurt, but also involves reflection on and appreciation of, or perhaps even nostalgia for, elements of the past.
Eventually, we may well conclude that things have become better for everyone. Letting go makes room for reorientation, because we’re no longer weighed down by the past. Looking back, we may well think: ‘We should have done this much sooner!’ 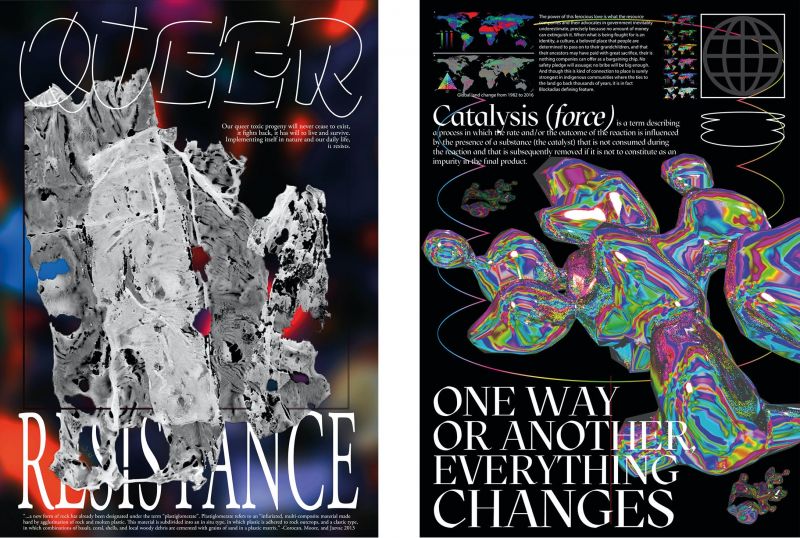 Graphic Design BA, Royal Academy of the Arts, The Hague, 2020

Realization
The narrative, arrangement of available materials, spatial layout, and visual identity were developed during a three-day workshop at the end of February 2021. Together with the RAvB head of the Urban Design Master Program and IABR–DOWN TO EARTH co-curator Thijs van Spaandonk, 12 KABK and RAvB students put together the materials of the various institutes and translated these into a narrative and spatial concept. 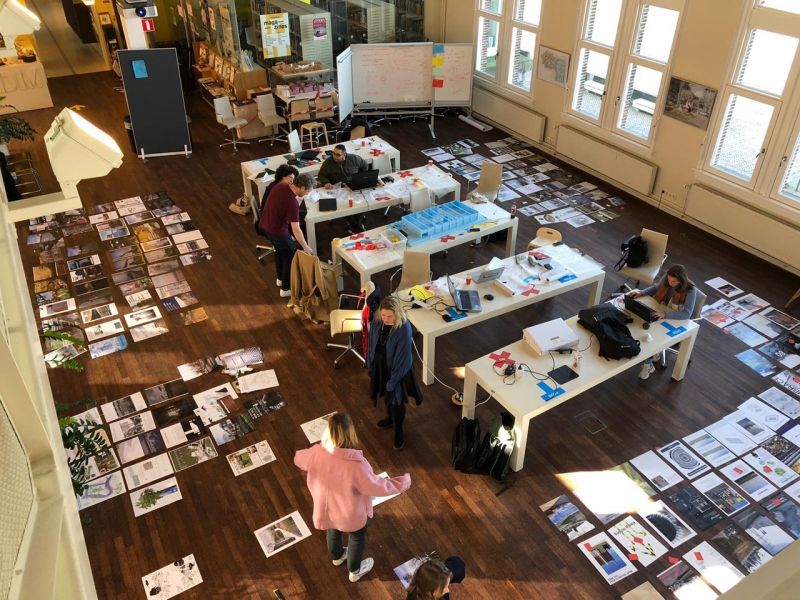 Multiyear Collaboration
This exhibition is part of a multiyear collaboration between the IABR and the RAvB that was launched on 28 August 2020 in the Keilezaal, during the start of the past academic year. Connecting the exploratory capacity of design education to the free cultural space of imagination, the two institutes jointly explore ways to relate to the climate crisis and which transitions we have to go through.