Scenarios for Rotterdam in 2060

Due to the extension of the lockdown this exhibition could not be opened to the public.
HOWEVER, YOU CAN STILL TAKE A VIRTUAL TOUR OF METEOPOLIS (THOUGH ONLY IN DUTCH) : CLICK HERE 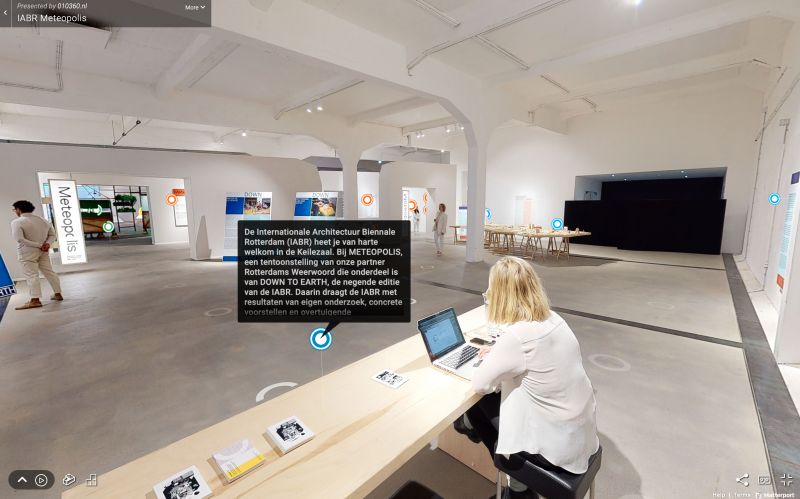 The City of Rotterdam’s program Weatherwise Rotterdam presented four design offices with a challenge: devise and design a future scenario for Rotterdam, keeping in mind that the city is facing climate change, extreme weather and rising sea levels. The designers were asked to take as their point of departure the decision to embrace the water, rather than continuing to fight it. And to consider whether or not we will be able to live in Rotterdam in 2060, and if so, how. 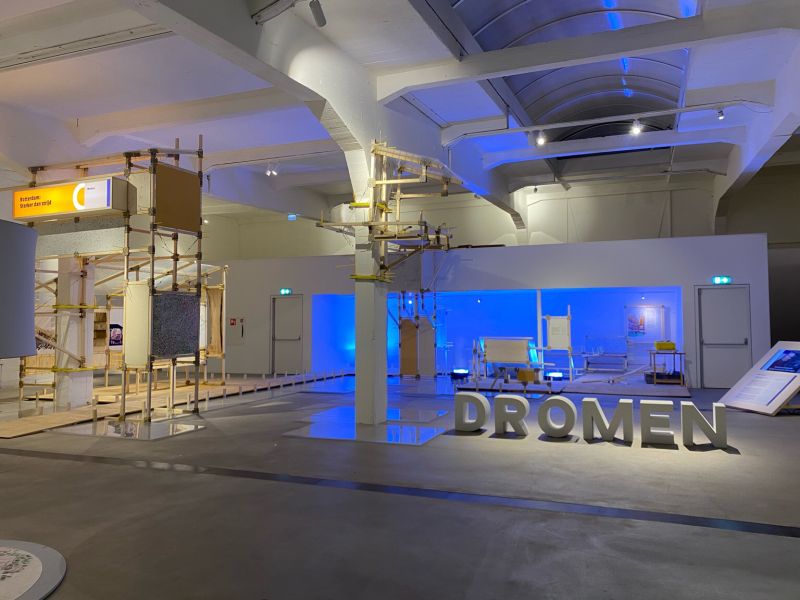 The four future scenarios will be presented at METEOPOLIS, an exhibition that offers visitors a look at Rotterdam in 2060, in the context of IABR–DOWN TO EARTH and its core question: Where Can We Land? The aim is to further an informed, open and pointed discussion about the complex problems that climate change will confront us with and to influence decision-making processes in such a way that we will still be able to live in Rotterdam in 40 years’ time. 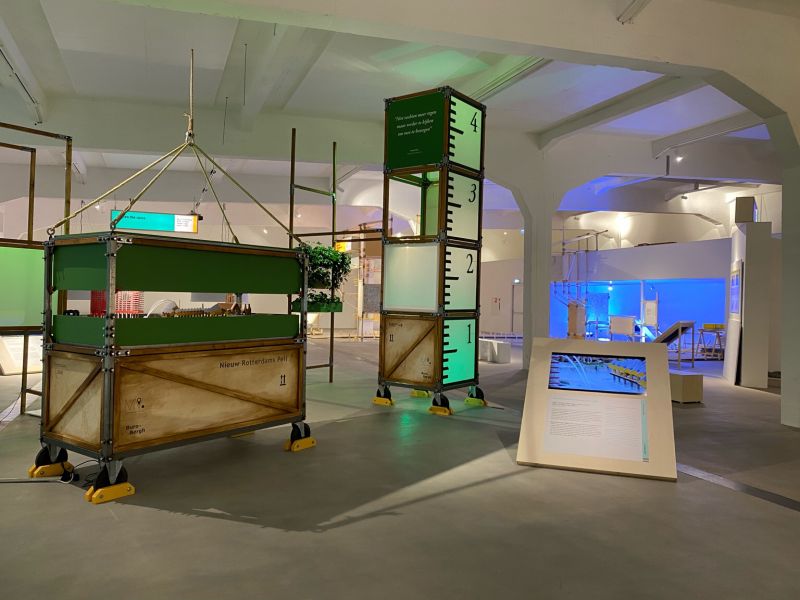 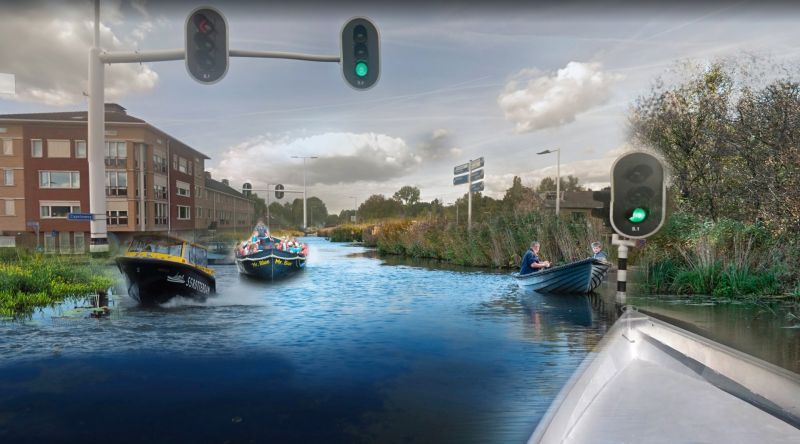 Rotterdam, the IABR and Water
For Rotterdam, a low-lying delta city, water has always been friend and foe. But against the backdrop of climate change, more and more, a sense of danger threatened to predominate. The consequences of global warming gave the water challenge Rotterdam faces a new urgency. Soil subsidence, water safety, extreme precipitation, heat, and drought are major and acute challenges. 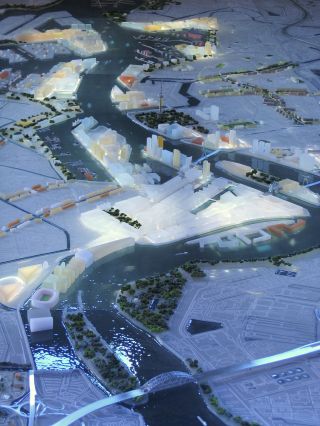 Water has also been the blue thread connecting the programming of successive IABR editions. In 2005, during the 2nd IABR, The Flood, the concept of Rotterdam Waterstad 2035 was advanced. From a new perspective at the time, Waterstad 2035 emphasized ‘water’ as an opportunity, rather than as a threat or expense. It introduced the idea that, for Rotterdam, the water challenge offers a unique opening towards a more resilient agenda for urban design.
The plan was adopted in its entirety in the Urban Master Plan Rotterdam 2030, served as a source of inspiration for the Rotterdam Adaptation Strategy and helped lay the foundation for Resilient Rotterdam and Weatherwise Rotterdam.

Water as Leverage
15 years after The Flood, the city is now ready to take the next step. In the context of DOWN TO EARTH, Weatherwise Rotterdam explores the opportunities once again. METEOPOLIS: which approach to the city’s water challenges can best create climate-adaptive levers for the sustainable spatial and social development of a resilient Rotterdam?

METEOPOLIS is produced by Weatherwise Rotterdam, a program of the city of Rotterdam, a partner to whom the IABR gladly gives the floor in the context of DOWN TO EARTH.