From Cure to Care 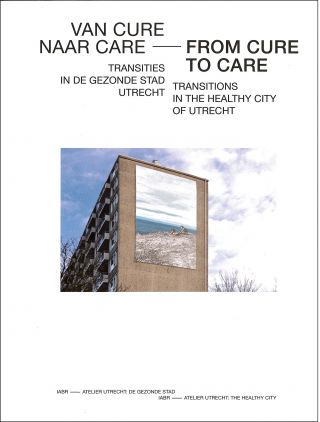 FROM CURE TO CARE
Transitions in the Healthy City of Utrecht

The population of Utrecht is among the healthiest in the Netherlands. There are, however, marked differences inside the city. Utrecht is doing its best to address such persistent differences in health and life expectancy, but has to operate in a force field that is in full transition. The national government is delegating care tasks to municipalities. The consolidating health economy is passing into the hands of a few large parties that add little local value. In addition, the city of Utrecht expects its population to grow from 330,000 today to 400,000 in 2030 within the current city limits, which will result in a significant densification of its existing urban territory.

To examine how health and urban development issues can be coupled, the International Architecture Biennale Rotterdam (IABR) and the city of Utrecht have established IABR–Atelier Utrecht: The Healthy City. The Atelier investigated what innovative spatial development strategies can contribute to the creation of an inclusive, healthy city that prioritizes solidarity between different generations, cultures, and income groups. The Atelier focused on both spatial and programmatic transformations in the city as related to health and wellbeing, and on changes in the funding of health care. To visualize the results of its explorations and to define where the opportunities for a healthier Utrecht lie, the Atelier zoomed in on a number of strategic test sites in two areas of Utrecht: Overvecht, the area with the weakest health statistics and Merwede Canal Zone, a transitional area between well- and poorly performing parts of the city.

The result comprises a number of promising scenarios that use densification as a catalyst to achieve a healthy city. Increasing the number of places for social encounter will strengthen social networks and thus the residents’ independence. Proximity encourages healthy mobility and, in addition, living, working, shopping, and relaxing all within walking or cycling distance stimulates local economic and social networks. Besides spatial opportunities, municipal authorities are given an opportunity to position themselves as choreographers of a ‘cooperative’ urban development and to involve a variety of actors with very different investment potentials and ambitions in area and neighborhood development.
The IABR Atelier Utrecht: The Healthy City provides insights that can also inspire other cities in the Netherlands and abroad.