Collective Strategies for the Energy District

In the coming years, Rotterdam’s neighborhoods will switch from conventional to renewable energy one by one. The energy transition will be the largest conversion the city has faced since its post-war reconstruction. However, many of its neighborhoods also face other challenges – ones that their residents often consider much more urgent. Unemployment, school dropout numbers, debts and public security: these are the themes vulnerable neighborhoods set store by, not the energy transition. Other neighborhoods have yet other questions, such as how to climate-proof the neighborhood or how to find space for new dwellings. 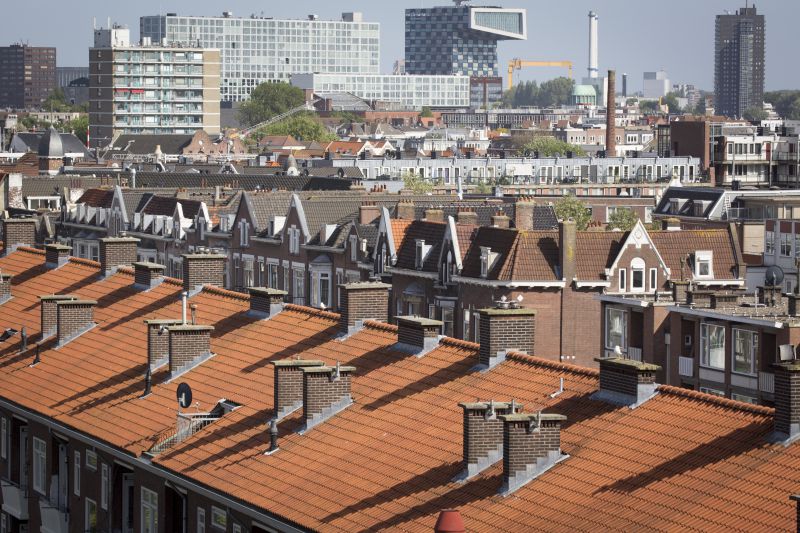 Testing and developing in and with the neighborhood: Bospolder-Tussendijken
After IABR–2018, the IABR–Atelier Rotterdam started advancing the concept of the energy district. The City and IABR decided to do this in the Bospolder-Tussendijken (BoTu) neighborhood, in close collaboration with local stakeholders and using the existing local dynamics and opportunities. The aim is to develop a working model that can also be used in other neighborhoods as well as more widely, outside the city of Rotterdam. 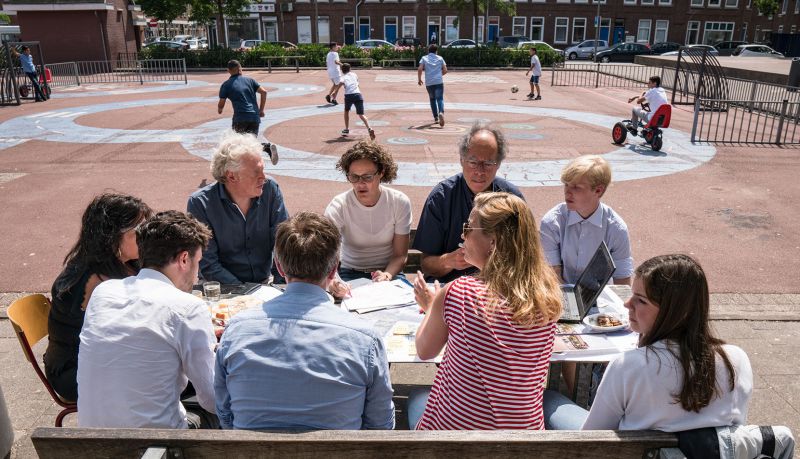 In the program of the Municipal Executive, Bospolder-Tussendijken is designated one of the neighborhoods eligible for an ‘integrated sustainable area approach’. In the coming years, plans will be drafted to make the neighborhood gas free. But BoTu is also a ‘vulnerable’ neighborhood that faces urgent social challenges. Therefore, and together with local stakeholders, the IABR–Atelier is now investigating how the energy transition can contribute to making BoTu a more inclusive and resilient neighborhood. 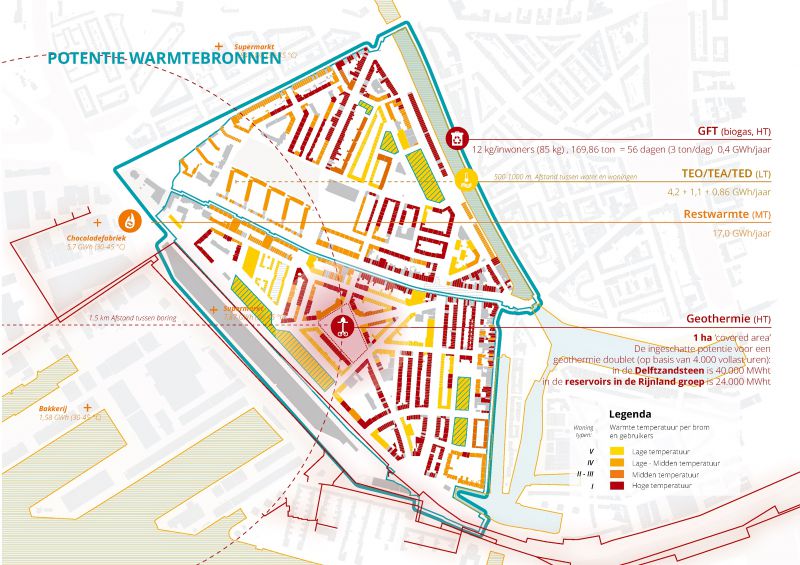 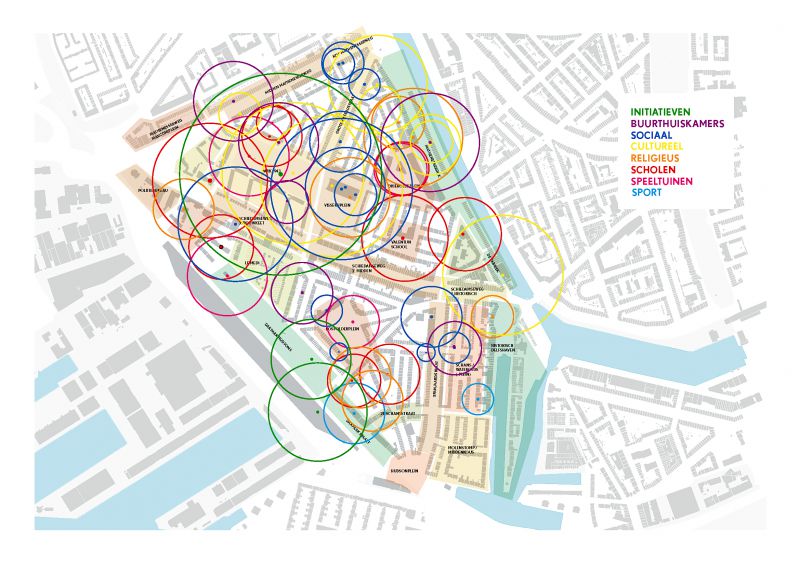 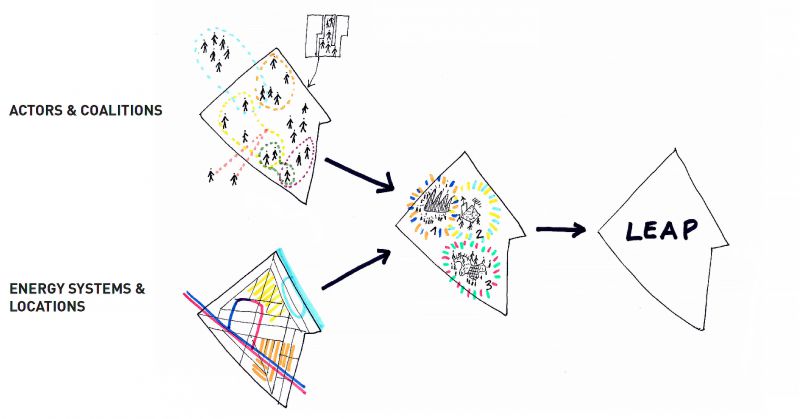 Energy Transition as Leverage for a resilience BoTu

In Rotterdam's Bospolder-Tussendijken district, aka BoTu, work on BoTu Energy District started early 2018. Here, the IABR, together with the City of Rotterdam, the Delfshaven Cooperative, the Havensteder Housing Association, and a growing number of local partners, is working on a strategy in which the energy transition is also used for the social agenda of the neighborhood: How can added social value be generated for all residents, how can we put inevitable energy transition to use as a lever for social equity? 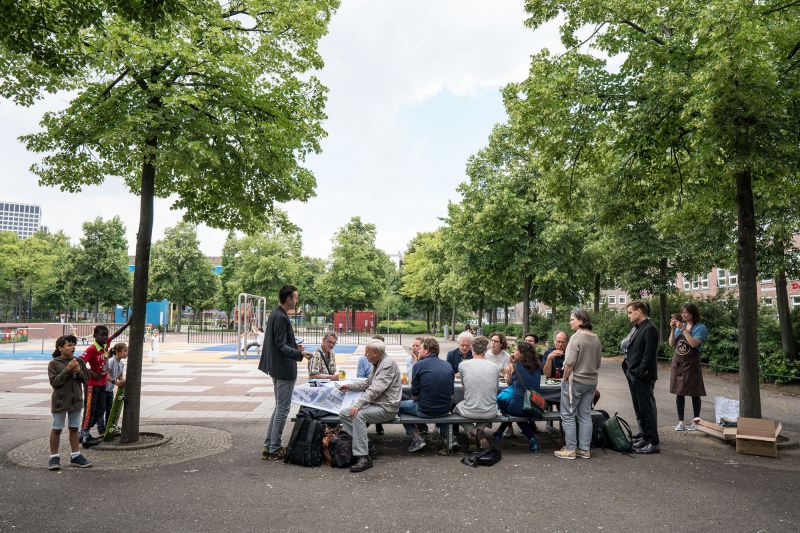 Survival, First
In Bospolder-Tussendijken, many people are not concerned with the energy transition – no matter how important it is –, but with their own survival. They care about good education, work, decent incomes, good health care, and a clean and safe neighborhood in which they can and want to live, even as they age. This characterizes the challenge: Can a radical energy transition also help the people in BoTu achieve their goals? Can the energy transition be a lever for the creation of a resilient BoTu, a safe, clean, inclusive neighborhood with opportunities for all and with residents that are able to cope with the externally caused impact of the transition? 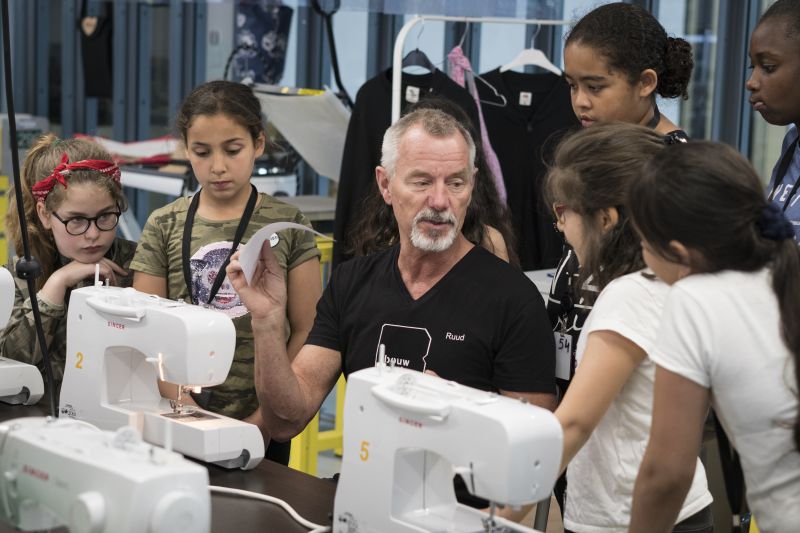 Local Energy in BoTu
Although BoTu is vulnerable, hardly any other neighborhood in Rotterdam can boast as much private initiative: new forms of local democracy, countless young entrepreneurs in maker spaces and all kinds of cooperatives that know how to enter into smart collaborations with more established institutions. BoTu, therefore, seems to comprise the fertile ground necessary for the development of prospects for action that the neighborhood itself can implement to realize the energy transition and later reap the benefits.

The first edition of IABR–2018+2020–THE MISSING LINK, in the spring of 2018, was all about working toward prospects for action in the Bospolder-Tussendijken neighborhood, aka BoTu. This involved research by design, debates, and expert meetings, but also workshops in the neighborhood that explored concrete cases. In addition, an accessible program for awareness and activation was set up.

In the summer of 2018, Rotterdam’s newly elected Municipal Executive designated BoTu one of the city's first neighborhoods to become gas free in the coming years, in a process embedded in an integrated sustainable area approach. This means that the matter is considered urgent and, even better, that the plans have a likelihood of being implemented. In addition, Mayor Ahmed Aboutaleb has asked the neighborhood to come up with a plan to bring BoTu, which is lagging behind socioeconomically, to the average level of Rotterdam in the next ten years. 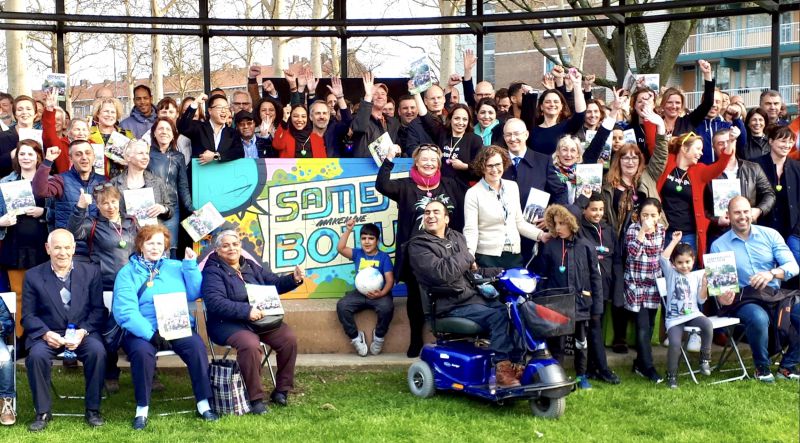 As a result, a broad coalition is now working on Resilient BoTu 2028, the program having been launched on April 9, 2019.
In short: these are serious dynamics concerning both energy transition and its connection with major social challenges.

Toward 2020
On to the 2020 Biennale, we will work with all stakeholders in BoTu on implementation-oriented projects. We will draw up a plan for the district, design concrete solutions together with the residents and thus also develop skills in the neighborhood to ensure that when the work actually starts after 2020, BoTu will be able to own the energy transition. After all, the energy transition can only succeed if it is widely embraced and starts from the logic of the local residents. Only then will the energy transition actually become an inclusive urban project, aimed at maximizing social added value.

Example: Resilient School De Dakparkschool
The Board of Governors of the BOOR Foundation intends to turn primary school De Dakparkschool (formerly primary school De Boog) into BoTu’s first Resilient School. This is just one example of the way the energy transition is actually appropriated by the neighborhood, in this case by seizing the opportunity to improve the school’s indoor climate and design a climate-proof schoolyard. The roof will be converted into a collective solar roof to produce energy for the local residents and, last but not least, the whole process is used to make pupils more climate conscious as lessons on resilience are integrated into the curriculum.
The Resilient School is one of the ‘first generation’ projects that together will turn Bospolder-Tussendijken into an energy district in the coming years. This strategy is meant to ensure that the energy transition not only actually takes place, but also provides added value to the neighborhood, to all residents, as this is crucial to ensure the public support for the energy transition in this vulnerable area.

Everything, then, comes together in BoTu: social challenges and climate objectives, global tasks and concrete local tasks, the long-term perspective and the implementation of concrete projects in the here and now. Together they will add up to one of Rotterdam’s first energy neighborhoods.