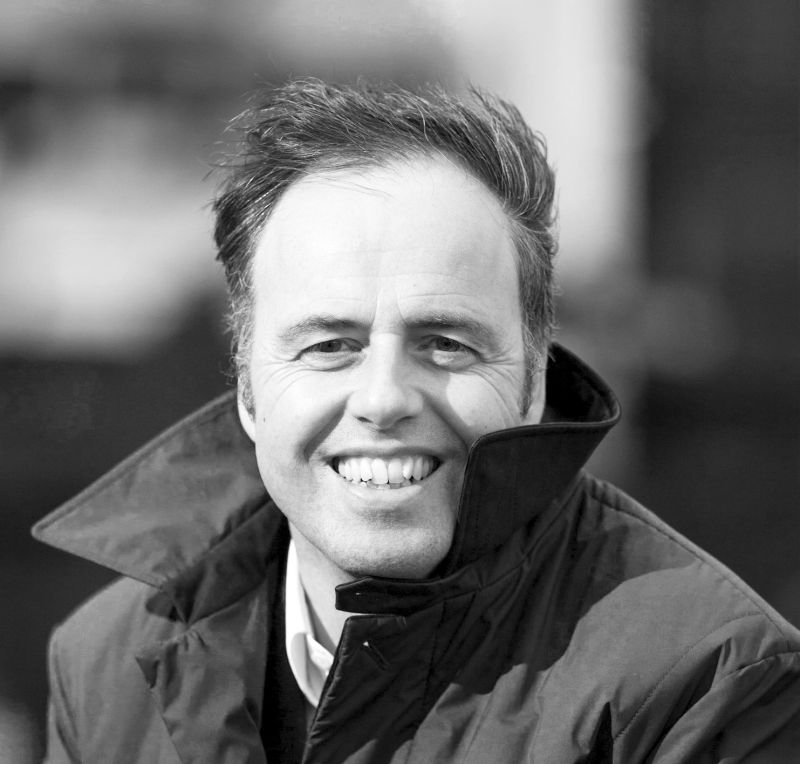 Adriaan Geuze (Dordrecht, The Netherlands, 1960) is director of West 8, an internationally leading practice for urban design, landscape architecture and infrastructure based in Rotterdam, Brussels and New York. Geuze graduated from the Agricultural University of Wageningen 1987 and founded West 8 in the same year. After winning the prestigious Prix-de-Rome award in 1990, Geuze and his office established an international reputation with their pioneering approach to planning and design of the public environment. In the following decades West 8 worked on over a thousand projects throughout the world and won a large number of international design competitions including Madrid RIO, Governors Island in New York, Toronto's new central Waterfront, and Yongsan Park in Seoul.

Amongst the numerous awards that Geuze and West 8 have won are the Dutch Maaskant Award (1995), the Rosa Barba First European Landscape prize (2002), the Veronica Rudge Green Prize for Urban Design from Harvard Graduate School of Design (2002), twelve awards from the American Society of Landscape Architects and two lifetime achievements awards from the Mondrian Fund (2011) and De Architect (2018).

Geuze was appointed as Special Professor of Landscape Architecture in Wageningen in 2012. In 2005 he curated The Flood, the 2nd International Architecture Biennale Rotterdam (IABR). In 2019 - 2020 he was the lead designer of the IABR–Atelier Dordrecht.

Geuze has been a member of the Society of Arts, at the Royal Netherlands Academy of Arts and Sciences, since 2015.

Dordrecht is not just a city, it’s also an island. And due to its location in a transition area between the sea and major rivers, theIsland of Dordrecht is extremely vulnerable to flooding. Wisely, the city of Dordrecht is always looking to improve the measures that protect it from the water.After all, its water safety strategy has to take into account the unlikely possibility of dikes breaking and the city flooding. As it stands, if there’s a flood the people who are not able to leave the city on time are advised to take refuge in their attics.
But the higher-situated district De Staart, which lies outside the dikes, may provide a better and safer alternative – if it is converted into a large-scale temporary shelter.
What is the best way to set up De Staart to function as a safe haven in the event of flooding? And how can the city use the resources this takes as sensibly as possible? Not just for the exception, but also for other problems Dordrecht needs to solve? 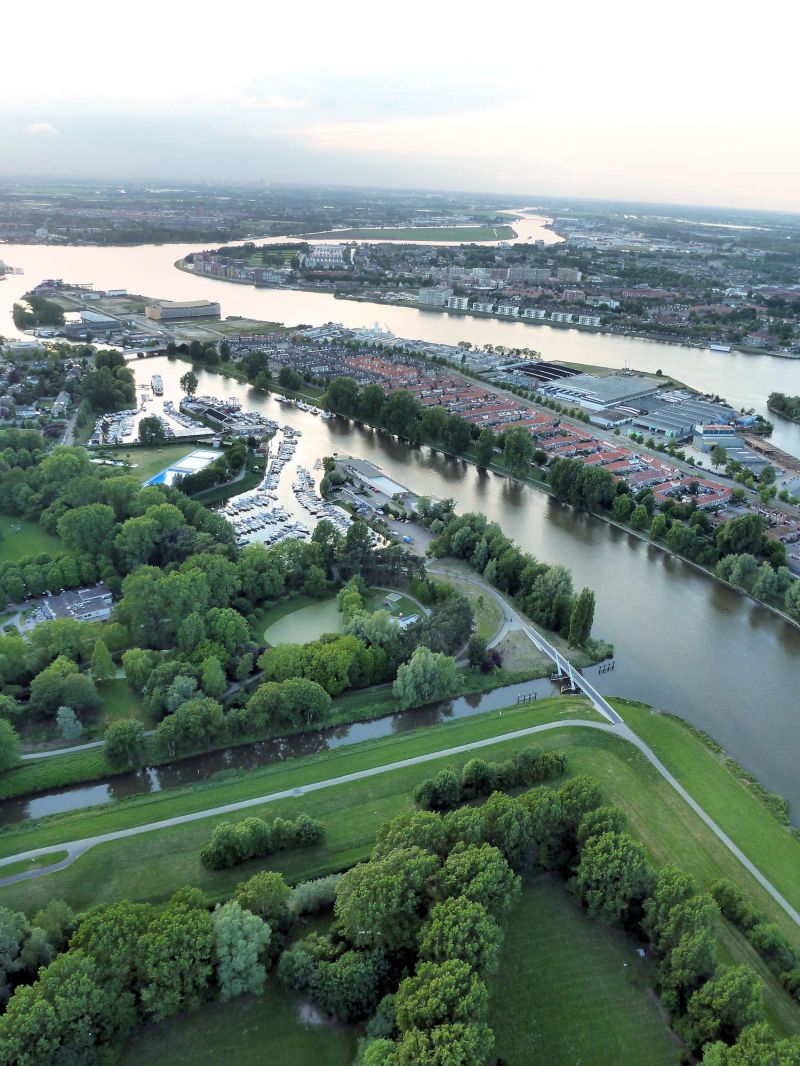 In IABR–Atelier Dordrecht, the IABR and the city of Dordrecht examine ways to use water safety as a leverage for a new and widely supported sustainable urban development strategy. They look for possibilities to turn De Staart into a safe haven in case Dordrecht needs one, as well as a location in which both (part of) the city’s housing challenge is met and truly sustainable urban development is realized in the best possible manner.
The Atelier is led by landscape designer Adriaan Geuze (West 8 Urban Design & Landscape Architecture), who curated the second IABR, The Flood, in 2005. Geuze was born in Dordrecht. 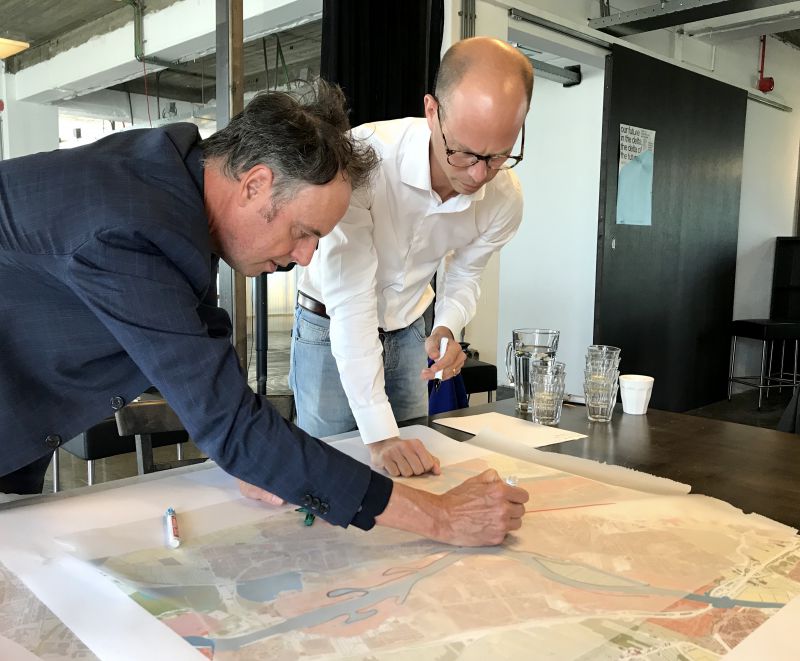 Vulnerable
Because the island of Dordrecht is vulnerable to flooding, the authorities have been working on the development of a so-called ‘multilayer safety strategy’ for many years. This may also involve evacuation in the event of extreme storms, which can only be predicted a short time in advance. In the worst-case scenario, it is estimated that only 20,000 of Dordrecht’s 120,000 inhabitants will be able to flee the island on time. The people left behind in the flooded area are advised to take refuge on the upper floors of buildings, which the safety strategy calls ‘vertical evacuation’. But it is hard for that many people to survive in the city’s attics for any serious amount of time and evacuating them from the tops of buildings is also relatively complicated.

Evacuation to areas outside the dikes
Fortunately, there is a possible alternative – one that involves better conditions that reduce the risk of casualties – and that is to evacuate people to higher ground outside the dikes. De Staart, the district east of Dordrecht’s historical city center, between the Wantij waterwayand the Beneden-MerwedeRiver, meets these conditions. And because the area is easily accessible from the water, it is ideal for the next step of the evacuation: getting people to safety at other locations in the country. However, this alternative has not yet been sufficiently researched. It is as yet unknown how many people De Staart can accommodate. And people are not eager to evacuate to areas outside the dike, either: intuitively, it feels unsafe – running towards the water rather than away from it. 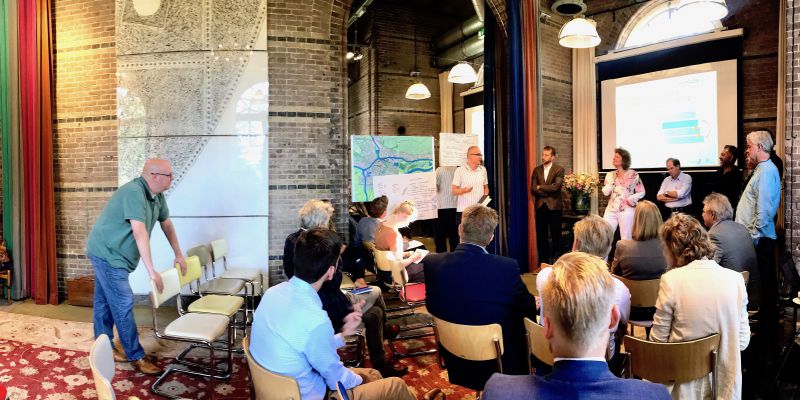 Connection with other challenges
Due to its location, De Staart is eminently suitable as a large-scale shelter in the event of flooding. But it’s a complicated area. Half of De Staart is currently residential – a socially vulnerable residential area partly located on a former illegal dump – and the other half is an industrial zone, with many chemical companies. There is a waste incineration plant that supplies heat to the heat network, a water company, a major reservoir and a penitentiary. And this in a unique location, between two rivers, near the historical city center and with national park De Biesbosch just around the corner.
Therefore, anyone that considers the future setup of De Staart cannot but wonder about the future prospects of this unique but complex area. And this is best done against the background of the major housing challenge Dordrecht faces – space for at least 6,000 more homes must be found within the existing city – and the need to create new jobs in manufacturing industry as well as room for all of the interventions needed for the energy transition. Only looking at all of this in conjunction will allow us to get to grips with the real challenge.

Water Safety as Leverage
The IABR–Atelier Dordrecht investigates how to set up De Staart as a safe, self-sufficient shelter to use in the event of imminent flooding, in such a way that the approach can serve as leverage for the initiation of truly sustainable urban development that will help to meet the housing challenge the city faces, that will make room for the next economy after the energy transition, that will ensure good accessibility, and that will reconnect the city of Dordrecht with water and nature.

The IABR–Atelier Dordrecht is a collaboration of the IABR and the city of Dordrecht. The lead designer is Adriaan Geuze ((West 8 Urban Design & Landscape Architecture).
Research by design commissions have been given to VenhoevenCS, Studio Donna van Milligen Bielke, EGM, West 8 and Rients Dijkstra/TU Delft/Posad.Maxwan

Opening
26 May 2005, by Willem-Alexander, Prince of Orange