In its Ateliers, the IABR researches opportunities created by genuinely adopting renewable energy 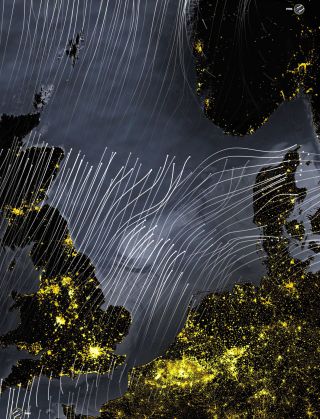 The exhibition IABR–2016–THE NEXT ECONOMY includes concrete visualizations of a viable green Next Economy. Nordic City explores a new future for the city and region of Groningen, and 2050 – An Energetic Odyssey illustrates the role the North Sea can play in the realization
of the two degree target once we focus on collaboration for the large scale exploitation of wind power.
The Rotterdam biennale takes the major challenges of the twenty first century as its starting point for the exploration and visualization of the city of tomorrow. The need to switch from fossil fuels to renewable energy sources in order to realize climate neutral living and working environments is an urgent topic. What are the spatial implications of this transition? What opportunities present themselves if we facilitate energy transition in the foreseeable future? The two degree target set at the Paris climate conference is not viable without bold strategies and new forms of collaboration between large established companies, small newcomers, governments, and citizens. 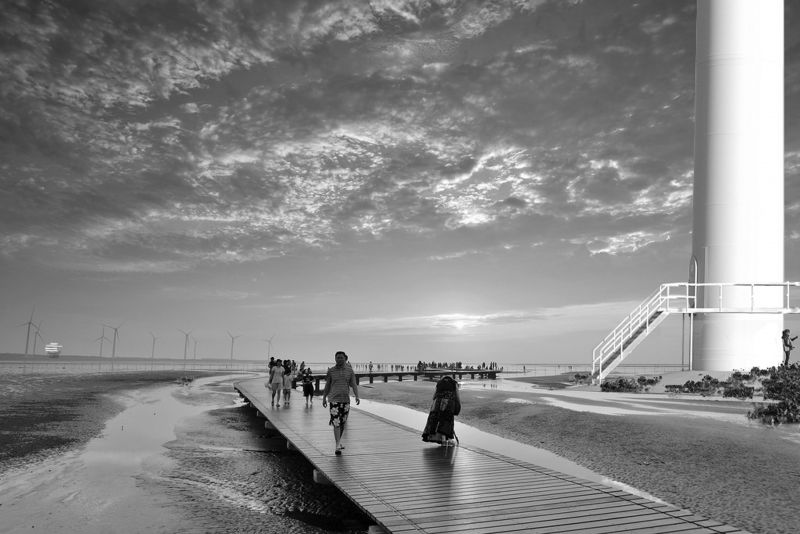