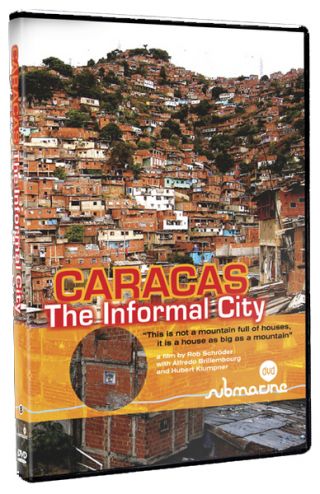 Caracas: The Informal City
a film by Rob Schröder

order your copy from the distributor

Synopsis
The first in depth documentary to tell the inside story of the new informal urban developments, this groundbreaking film explores our changing world – the great debate over globalization, architecture and the future of our society.
Over the last decennia, like a magnet gone mad, Caracas, the most violent megacity on the South-American continent, has drawn in millions of migrants. Now more than four out of its six million inhabitants live in self built constructions in the barrios where only the laws of the strong rule.