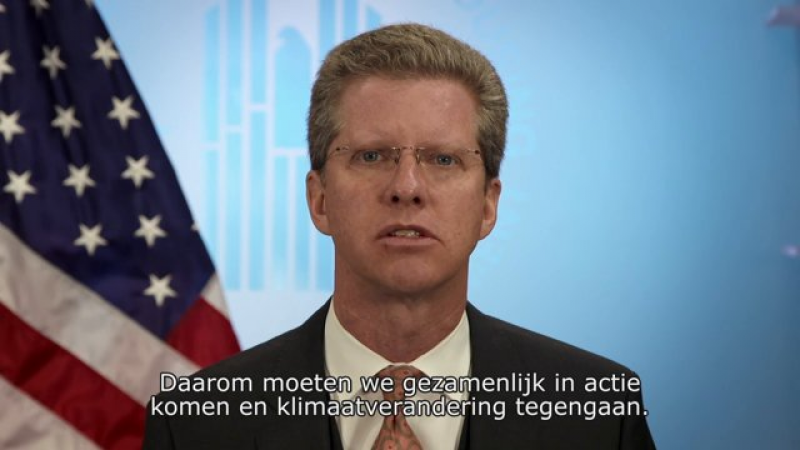 The USA Secretary of Housing and Urban Development, Shaun Donovan's video message for the opening ceremony of IABR–2014–URBAN BY NATURE–

Hurricane Sandy was unlike any storm before it. While everyone affected by it continues to push forward with the recovery process, Sandy has made it clear that it is not possible to simply rebuild what existed before. A different approach is a necessity this time around, to make sure the region is resilient enough to rebound from future storms.

On 7 December 2012, President Obama signed an executive order creating the Hurricane Sandy Rebuilding Task Force. Secretary of Housing and Urban Development Shaun Donovan was appointed chair of the task force.
One of its initiatives was Rebuild by Design, directed by Henk Ovink, a design competition that aims at addressing the structural and environmental vulnerabilities that Hurricane Sandy exposed in communities throughout the region and developing fundable solutions that will better protect residents from future climate events.

The results of Rebuild by Design are exhibited in URBAN LANDSCAPE AND CLIMATE CHANGE–, a section of the exhibition URBAN BY NATURE– in the Kunsthal Rotterdam.

REBUILD BY DESIGN is one in a series of short videos commissioned by the IABR for its sixth edition, IABR–2014–URBAN BY NATURE–
Director: Alexander Oey
Producer: George Brugmans