African Urbanization through the Next Economy Lens

Edgar Pieterse: African Urbanization through the Next Economy Lens
IABR–2016 pays special attention to cities in developing countries where the creation of employment for young people is extremely urgent. Africa, where the vast majority of urbanites are trapped in vulnerable and informal work, is a clear example. The situation there, already urgent, becomes almost unthinkable if one considers that Africa’s urban population will increase threefold to 1.2 billion by 2050. This begs a number of questions: How can all these entrants to the labor market in Africa, India, and elsewhere in the global South find decent employment if the current economic model is not radically changed? Can we use spatial design to offer the hundreds of millions of people who live precariously the opportunity to participate in the Next Economy in a dignified manner? 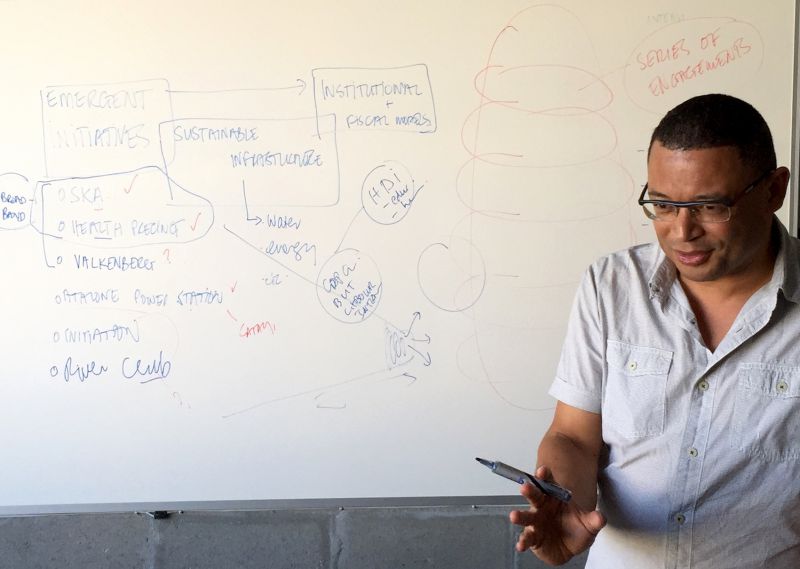 Respondent is Renee Mboya, curator, writer and filmmaker from Nairobi, Kenya. She is currently participating in the Curatorial Programme of the Appel Arts Centre in Amsterdam.

Edgar Pieterse is Professor at the University of Cape Town and holds the South African Research Chair in Urban Policy. Furthermore, he is director of the African Centre for Cities, set up to fill the hiatus of sustained scholarship on the existential and cultural dimensions of African urbanism. He is editor of the Journal CityScapes and rates as one of the most knowledgeable thinkers on African urbanization.

FRIDAY 3 JUNE
Time: 5.30 - 7 p.m.
Location: Fenixloods II, Paul Nijghkade 19, Rotterdam
Language: English
Admission fee: none, provided you can produce a valid exhibition ticket.
A reservation in advance is highly recommendable and can be made here.

Every Friday afternoon, a Next Talk will take place in the auditorium of THE NEXT ECONOMY-exhibition. Radical and provocative ideas for the future of the city are given a platform. International speakers stimulate and intensify the debate about the Next Economy.