The Next Economy: Exhibition and Program 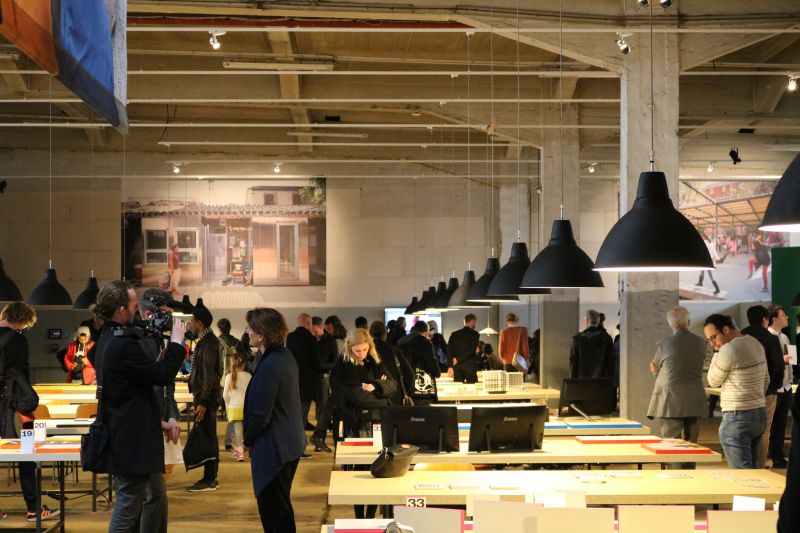 The heart of IABR–2016–THE NEXT ECONOMY was the former coffee warehouse Fenixloods II, in the Rotterdam neighborhood of Katendrecht. Here, IABR–2016 presented more than 60 projects, partly developed in the IABR–Ateliers, partly collected through an international open call for projects, and partly produced especially for the biennale in collaboration with national and international partners. Together, they showed a range of possible futures: new housing and working locations, new clean energy systems, new models for area development, and new forms of collaboration, health care, and solidarity. 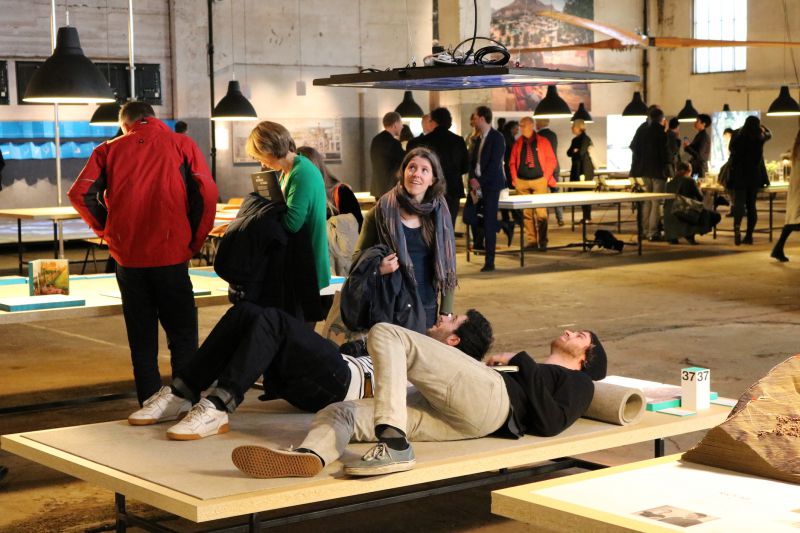 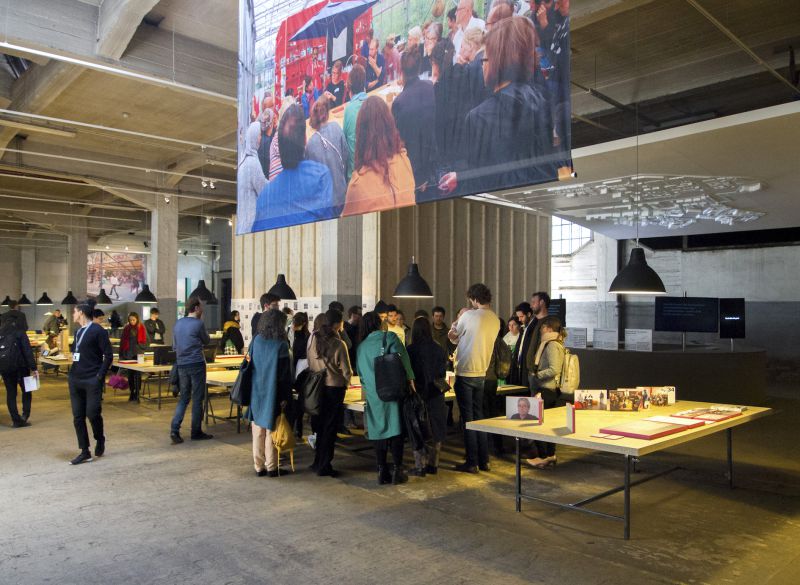 WHAT'S NEXT?
IABR–2016 was also an ongoing exchange of ideas with participants and visitors about the future of the city in the Next Economy. WHAT'S NEXT? was a program that took place in the middle of the exhibition, and partly during opening hours. 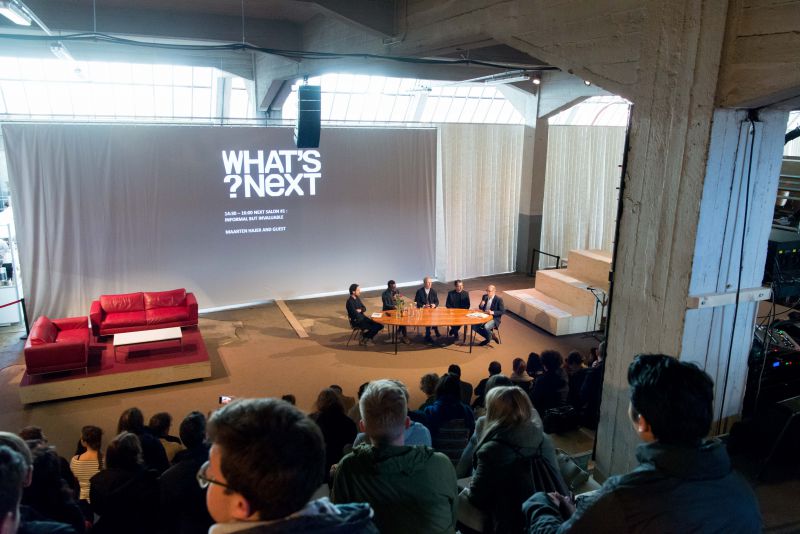 To check what's next, click here to go the agenda, and for more information on WHAT'S NEXT, go here

Projects in the Exhibition 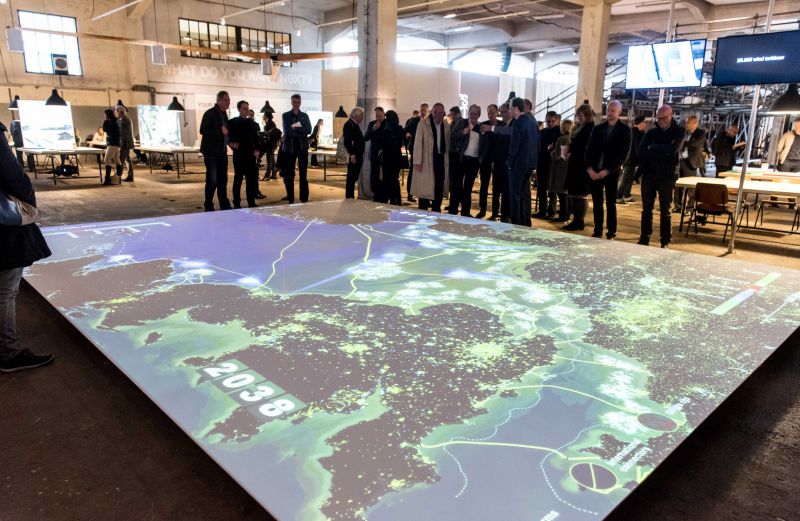 IABR–ATELIERS
IABR–2016 presents the results of three IABR–Ateliers in the Netherlands – in Groningen, Utrecht and Rotterdam, and two Ateliers abroad – in Brussels and Albania: the outcome of more than two years of research by design under the auspices of IABR director George Brugmans and program manager Marieke Francke.
Chief curator Maarten Hajer and IABR–2014 curator Dirk Sijmons teamed up and directed a condesned Atelier to map and visualize the potential for and implications of large-scale production of wind energy on the North Sea.

IABR–PARTNER PROJECTS
The city of São Paulo, the PBL Netherlands Environmental Assessment Agency, the Ministry of Infrastructure and Environment, the Port of Rotterdam, and the Board of Government Advisors developed projects specifically for IABR–2016–THE NEXT ECONOMY.

IABR–GUEST CURATOR PROJECTS
Chief curator Maarten Hajer invited South-Africans Edgar Pieterse, Mark Swilling, and Tau Tavengwa to make a special selection of projects that provide perspectives on the urbanization process in Africa and on the challenges the African city faces in the Next Economy.
Hajer asked Yang Lei of the China Building Centre to select projects that show the engagement of designers, despite the harsh real estate economy of Chinese cities

IABR–CALL FOR PROJECTS
For its 7th edition, the IABR once again issued a global Call for Projects. From among nearly 300 submissions, the Curator Team selected 23 best practices that present possible and realistic solutions and thus explore the road to the Next Economy.

Conference Report: A call for action 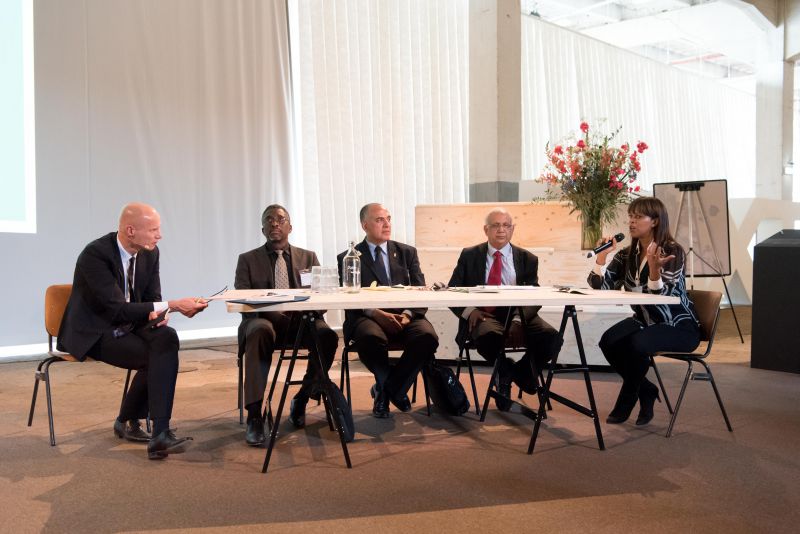 
On Monday 9 May, IABR–2016 hosted the international conference SUSTAINABLE URBAN DELTAS, part of the official program of the Delta Coalition, a new alliance of 12 countries that, despite all of the existing international consultative structures and conventions, have come together over a shared agenda they want to implement.

The Netherlands currently chairs the Delta Coalition and its first official high (administrative) level meeting took place in Rotterdam on 10 May. Prior to the official summit the IABR, together with the Dutch national government, brought government officials and professionals from around the world together for SUSTAINABLE URBAN DELTAS: How can we make the urban deltas of tomorrow more inclusive, sustainable, productive, and livable? How can we make our delta cities physically and socially resilient for all citizens? 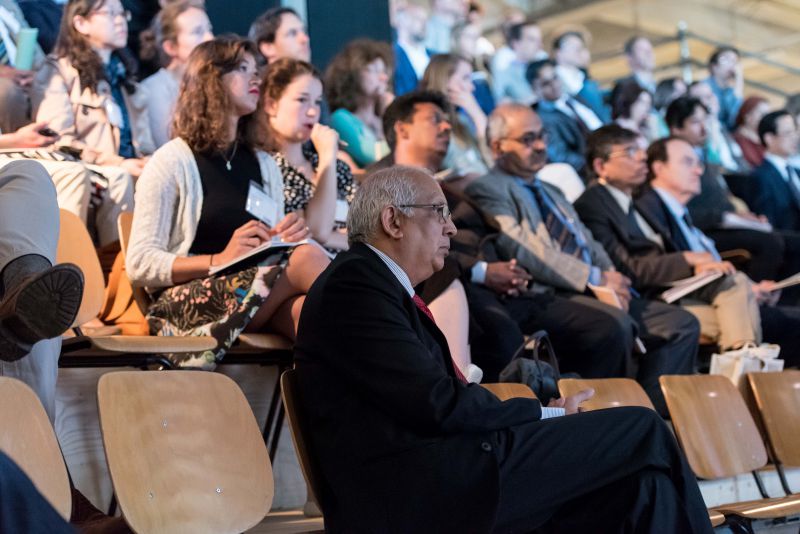 Call for action
9 May was a day of in-depth deliberation with a group of international experts with different backgrounds. Policy makers, politicians, NGOs, academics, engineers, designers and consultants worked and talked together about the challenges and opportunities of the world’s urban deltas. The aim of the day was to create an agenda. If delta countries explore the challenges together and learn to find keys to solutions, they can subsequently start working together in practice, turn plans into action and do concrete projects. 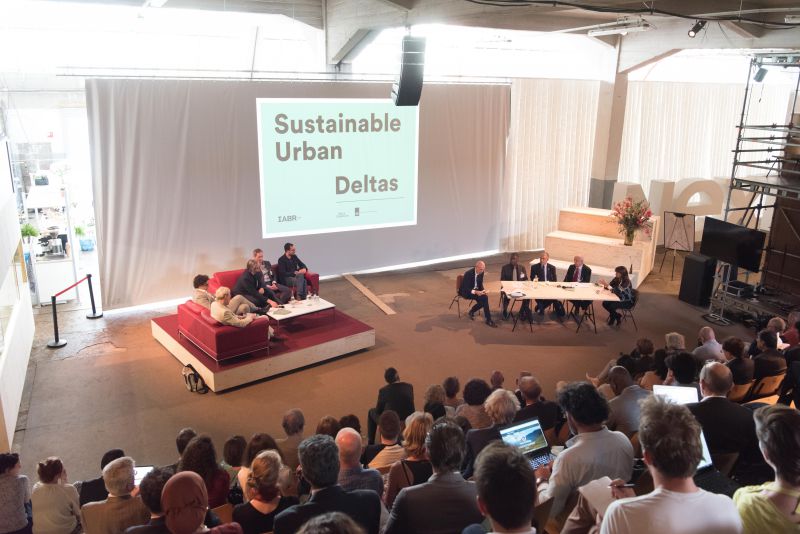 A full report of the conference, including excerpts of the introductions by George Brugmans, Kees Rade and Henk Ovink, and keynotes by Maarten Hajer, Edgar Pieterse and Adriaan Geuze, can be downloaded here.

The IABR–2016–CALL FOR PROJECTS invited urban designers, architects, landscape architects, academics, artists, planners, cities, universities, companies and social organizations, or coalitions thereof, to submit best practices, projects and plans in response to the challenges formulated in the Call and further articulated in the IABR–2016–CURATOR STATEMENT.
Over 300 prospective participants from all over the world responded and submitted their applications.