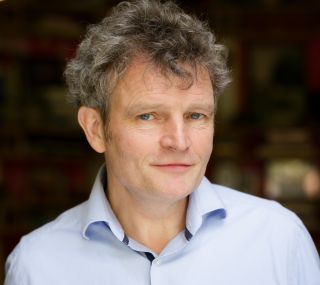 Floris Alkemade (1961) is an architect and urban designer. After completing his studies with Rem Koolhaas at Delft University of Technology (NL) he worked at the Office for Metropolitan Architecture (OMA) for 18 years, the last eight years as a partner. He contributed to major projects and studies around the world, both at the level of architecture and that of urban planning. Among his most famous accomplishments are Euralille, a major development around Lille, France’s new TGV station; the Ruhr Museum in Essen, Germany and the new city centre of Almere in the Netherlands.
Working on projects in the Netherlands and abroad Floris Alkemade has been heading FAA (Floris Alkemade Architect) since 2008. His work with FAA includes large-scale architectural projects in France, such as the transformation and new construction of the 600-m-long Macdonald bonded warehouse in Paris.
As guest professor Alkemade was associated with Ghent University for nine years and he has been lecturing at the Academy of Architecture in Amsterdam since 2014.