In the spring of 2011 the national government of the Netherlands decided to take part in the 5th International Architecture Biennale in Rotterdam, Making City. This it did with seven big projects with which it was involved: Zuidas, Almere, Rotterdam-Zuid, the Rhine-Meuse Delta, the Green-Blue Delta, Urban Nodes and the Olympic Main Structure. These are complex, comprehensive, long-running projects, often lasting decades, all with a key spatial planning issue at their core and each with a galaxy of other players besides the government.
Under the banner of ‘Atelier Making Projects’ fifteen design offices and three architecture schools were asked to make a design study for one of the seven projects. The design program was embedded in the Architecture Biennale as a research program and was to climax in a public exhibition. At the same time, the research by design study was expected to make a real contribution to the ongoing project itself. 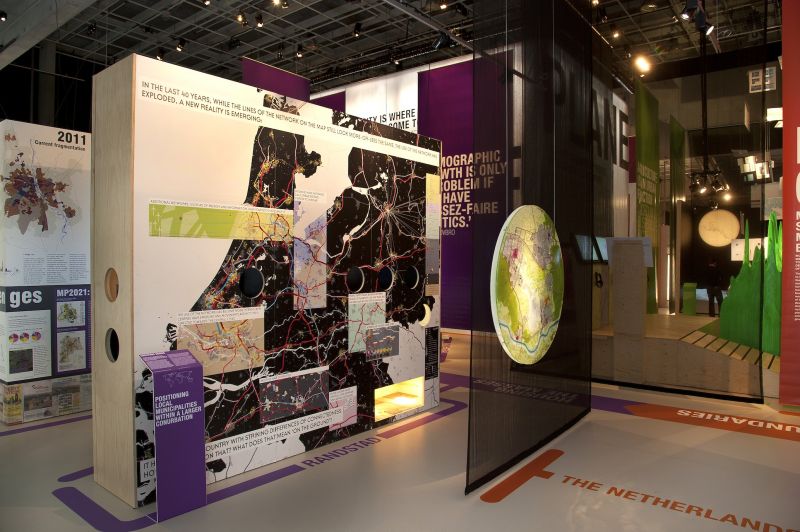 The working process and results of Atelier Making Projects are documented in the book The Netherlands in Projects.

2013 - 2016
In its Action Agenda for Architecture and Spatial Design 2013 – 2016 the Dutch government announced that it wants to continue Atelier Making Projects. It welcomes the opportunity that an ongoing collaboration with the IABR offers, both as a process making leeway for design, and for experiment, reflection and the input of (inter)national expertise, and as an international platform for performance and public debate. The collaboration thus adds to the level of excellence and high quality of its large and complex projects the government aspires at.
The Board of State Architects and the curators of IABR–2014 and IABR–2016 will review the work in progress of the Atelier on a regular basis. The results of Atelier Making Projects will be presented and debated at IABR–2014 and IABR–2016.

The Netherlands in Projects

From developing Zuidas in Amsterdam and tackling the problems in Rotterdam-Zuid to protecting the Netherlands against the water in the Delta Programme – large spatial planning projects in the Netherlands soon have everyone joining in: central government, provinces, municipalities and of course countless private players. And it’s different every time. So all these projects are also processes – processes that often take years, in which objectives alter over time, briefs change hands and projects end up on more than one political agenda. What is spatial design in this context?

In 2011 the Dutch government decided to take part in the 5th IABR: Making City, with seven big spatial planning projects. Fifteen design offices and three architecture schools engaged in design research at the heart of the political game to deepen and sharpen the assignments so as to make room for new ideas in an environment where this is not always the natural course of events. This book documents that process as well as the results and maps out the extent to which spatial design is bound up with a whole host of social and political agendas.

The Netherlands in Projects is the seventh volume in the Design and Politics series, an initiative of the Ministry of Infrastructure and the Environment.