FROM DOWN TO EARTH TO SHOCK AND ROLL

On August 14, the doors of the exhibition THE HIGH GROUND closed. And with that, DOWN TO EARTH, an IABR-edition that will go down as the “corona biennale”, was over after almost twelve months and seven exhibitions. 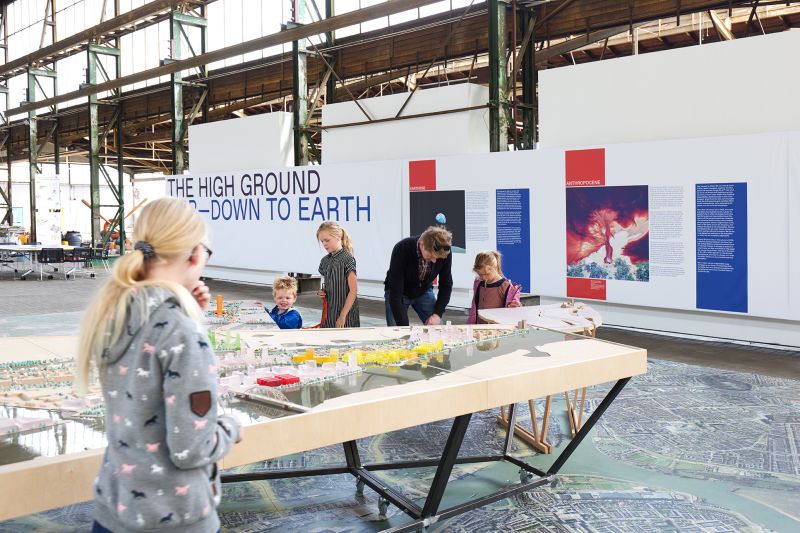 DOWN TO EARTH: THE HIGH GROUND

From DOWN TO EARTH......
Of course, due to limited access because of the (ever-changing) corona measures, this edition welcomed fewer visitors than the eight previous editions, but we can nevertheless look back on a very successful biennale in many other ways.
The corona disadvantage has been turned into an advantage wherever and whenever possible. Designers from all over the world, who are normally so important to the success of an international biennale, could not come to Rotterdam with their projects, stories, presentations and ideas this time – the world was in lock down. But we realized soon enough that this is what it possible to focus more on our own research in the IABR–Ateliers. And thanks to the results of that research, we were able to create five exhibitions solely built on “our own work”. As a result, and more than in earlier editions, we were able to go in depth and fully concentrate on how we could show the results of the Ateliers in such a way that the chance of realization in the practice of city making would be as great as possible, keen as we are on the bringing about of real world change.

Also, as befits a larger cultural institution in times of crisis, we have succeeded in making more than our normal contribution to the ecosystem on which, ultimately, all of us depend. For example, in the context of DOWN TO EARTH, the IABR awarded almost 1.4 million euros worth of assignments to freelancers, cultural entrepreneurs and research and design agencies in Rotterdam alone. For reference: that is almost ten times as much as the annual cultural subsidy that the IABR now receives from the city of Rotterdam.

All in all, it was good to see that, given these difficult circumstances and thanks to a small but highly motivated team, we were still able to achieve our most important objective, i.e. to tangibly contribute to the realization of the Paris climate goals and the 2030 Agenda for Sustainable Development of the United Nations. 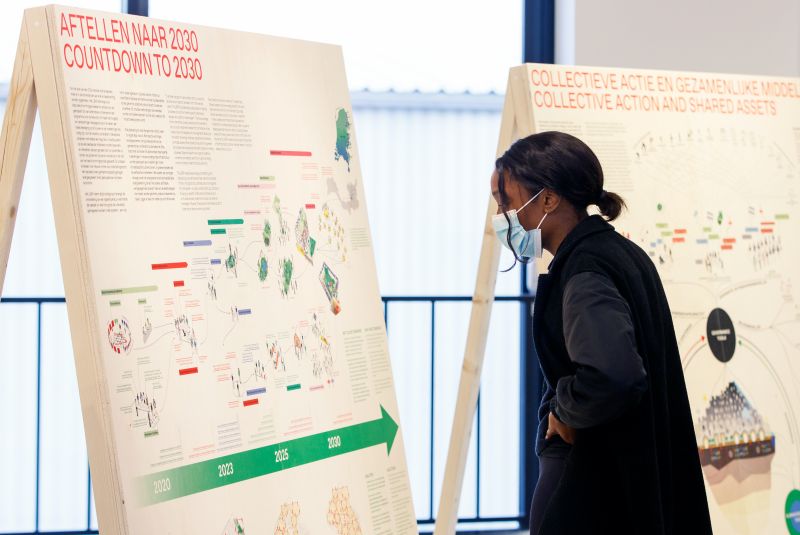 SHOCK AND ROLL will go all out for transition. It will focus on the urgent need to put into design practice the all-embracing change to which science incites us, which the Paris climate objectives call for, to which the global community committed itself in the UN’s2030 Agenda for Sustainable Development and with which the reality of the climate crisis confronts us every single day.
Derk Loorbach: ‘The pandemic has acted as a magnifying glass and is contributing to a significant growth in support for transformative change. Now it’s a question of linking the momentum to competencies: unlocking the lessons and experiences of effective transition practices for a large audience. Showing people that it works and how it works. This is what we need to do. In concrete terms, it means that we are going to make transition as well as make transition practice visible. SHOCK AND ROLL will be one big transition experiment and action research project.’